Connect with us
FacebookTweetPinPrintEmail

This Apple Electric Car equipped with advanced features will not have steering – Apple Electric Car: Apple has been working on its electric car for a long time. Some information related to this car has come to the fore. If reports are to be believed, the car will not get a steering wheel. Along with this, the company is developing a special chipset for this.

Apple is working on a self-driving electric car. People have been waiting for Apple’s car for a long time. He expects the company to make an announcement in this area soon. Recently, Mark Gurman of Bloomberg has given information about this. He has told that many basic works have been completed in the context of Apple’s upcoming car. READ| Mobile Bonanza Sale 2021: These 5G Smartphone price cuts dramatically on Flipkart; 4 days only

The company is working on a processor for its car, in which the company has got good progress. According to Gurman, most of the necessary work has been done. However, there is no official information about Apple’s car at the moment.

The giant American company wants to keep most of the details of this project secret. The code name of this project is Project Titan. According to Mark Gurman of Blueberg, Apple has completed a lot of work in the direction of developing its electric car. According to the reports, the company is working on a custom chip, which will be installed inside the car and its work will have to compute many things. READ| Phonespy Spyware 20 Dangerous Android Apps! – Tech786

What will be special in Apple’s electric car?

Since this car will be driverless, the role of the chip will be important. If reports are to be believed, you will not get steering wheels in the car, so a large part of the center console will be for this chipset. According to Gurman’s idea, work on the new chipset has already started and R&D on the product will be intensified soon, to achieve the new timeline. 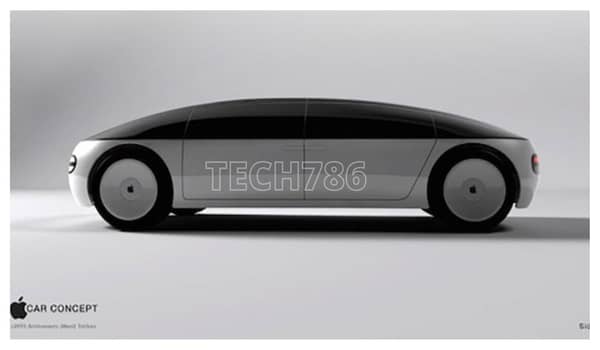 Apple says that the new autonomous electric vehicle will hit the market by 2025. The company will take different steps for this product. According to reports, the steering-free cabin will be available in Apple’s car. The car will have a stronger safeguard than Tesla and Waymo. In this, you will get lounge-like seats. Due to the absence of steering and other controls in the car, passengers will get more space. However, the company has not yet received any information about the Titan project’s business model.

JIO PHONE NEXT PRE-BOOKING: May start next week .. Interesting report coming out ..!

Jio vs Airtel vs VI Which of these is the best plan with 84 days validity?

More Posts
Share this ArticleLike this article? Email it to a friend!
Email sent!